New to Chartwell Drive, Umhlanga, (where Pintxada Restaurant used to be) The Zululand Brewing Company (ZBC) owned by Tourvest Restaurants and Taverns is welcoming guests for breakfast, lunch and dinner. Check out their tasty menu including breakfast, steak, wraps, salads, bunny chows, gourmet burgers, tapas, desserts and a kiddies menu. The restaurant is sure to be a favourite for after work drinks with their newly introduced “Happy Hour” from Mondays to Fridays (4:30 to 6pm). Available on tap at ZBC you’ll find Tapanga Gold Rum Mixer and Gin Gin I Love You Mixer from the Zululand Distillery, Zululand Pale Ale and of course their flagship beer the Zulu Blonde. 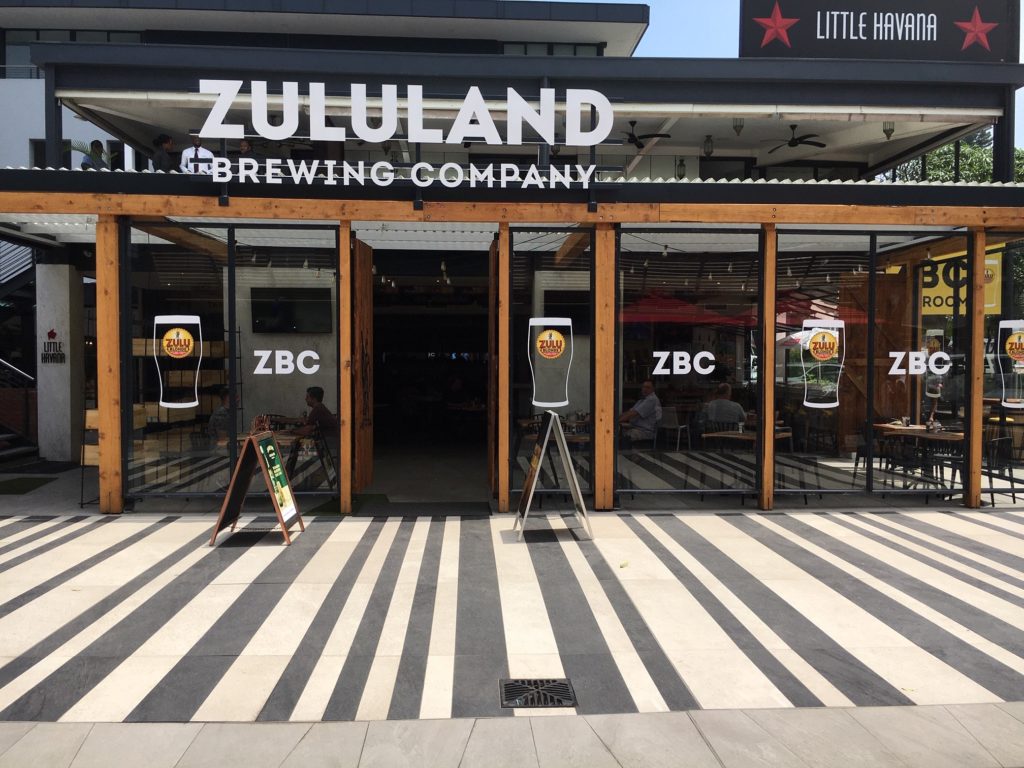 The Zululand Brewery is known as the smallest family-owned brewery on the KZN Brew Route (their first brews were produced in a little pool shed). It began in 1997, when the Chennells family founded their own beer company grounded in Eshowe, Zululand where Zulu Blonde was born.

Based some 150km northeast of Durban. The Zululand Brewery has built quite a reputation for itself…. In 2010, Zulu Blonde competing against 50 other international brews was voted the number 1 ale at the JD Wetherspoons International Real Ale Festival and was stocked in more than 800 pubs in the UK.

Join the revolution and support your local breweries. Zulu Blonde has been the flagship beer of The Zululand Brewing Company for almost two decades and is only available at selected outlets in South Africa including Quay 4 in the V&A Waterfront and Alba Easy Lounge at the Cape Town and King Shaka International Airport and The George Hotel in Eshowe. Zulu Blonde is an easy drinking session beer. Amber in colour, a crisp somewhat malty blonde Ale. Marginally fruity in flavour with notes of citrus, finished with a purposeful light bitter after taste. “Immediately a person’s mind is ticking: what is a Zulu Blonde, is it a blonde-haired Zulu? But at the same time, they are thinking, you know what, a blonde is a kind of beer.” 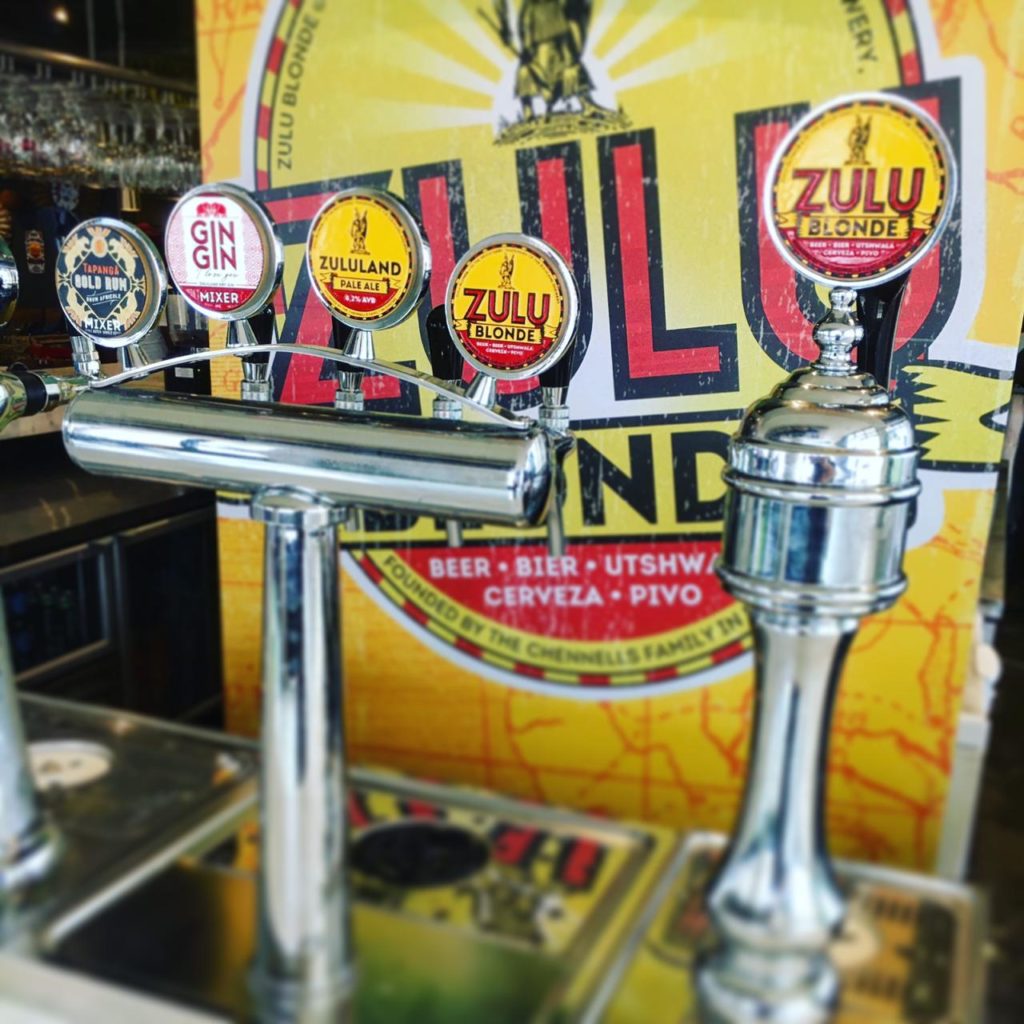 ZBC use natural ingredients, locally sourced – a perfect recipe of barley, wheat and hops to create just the right taste and aroma for its hand crafted beers. The brewery is capable of producing a maximum of 3 000 litres a month in batches of 300 litres.

Because their brew house is so small they brew up to four times a day just to fill two 150 litre fermentation tanks! Production capacity will be enlarged should we be successful in our bid. 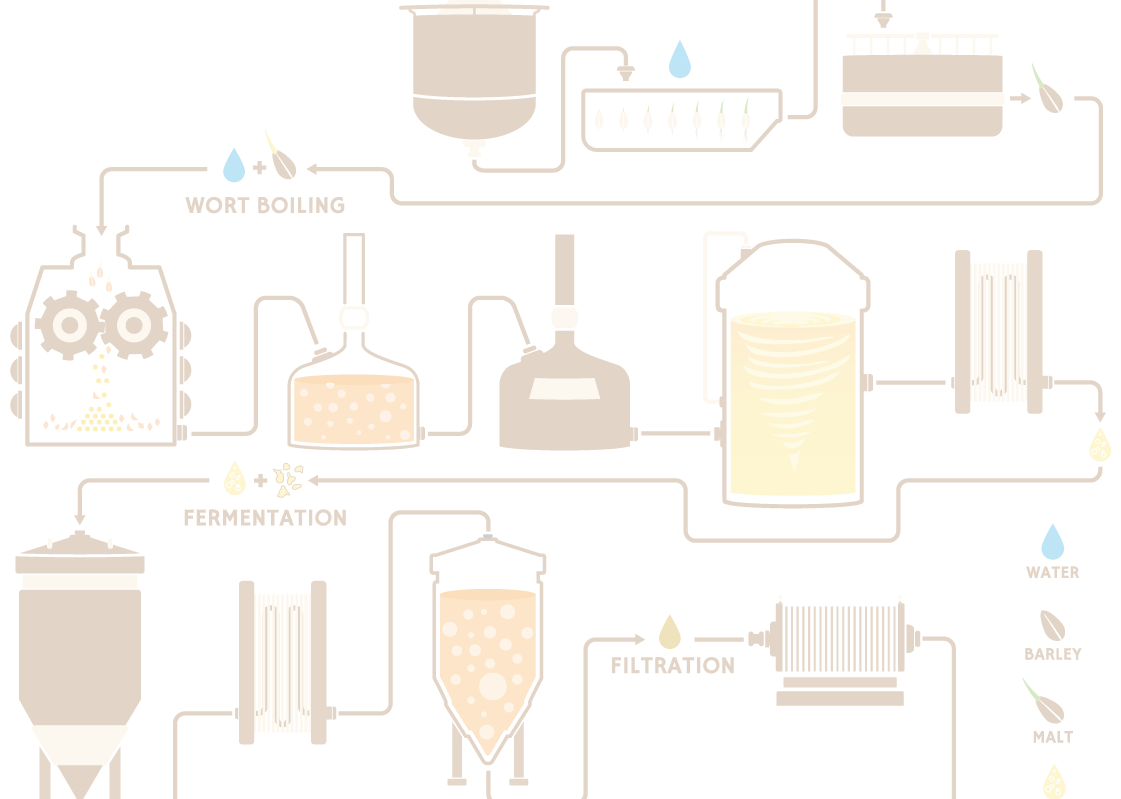 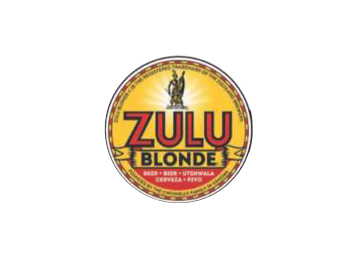 Zulu Blonde
Take Me There 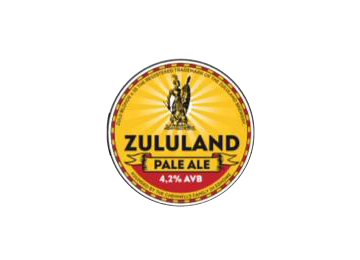 Zululand Pale Ale
Take Me There 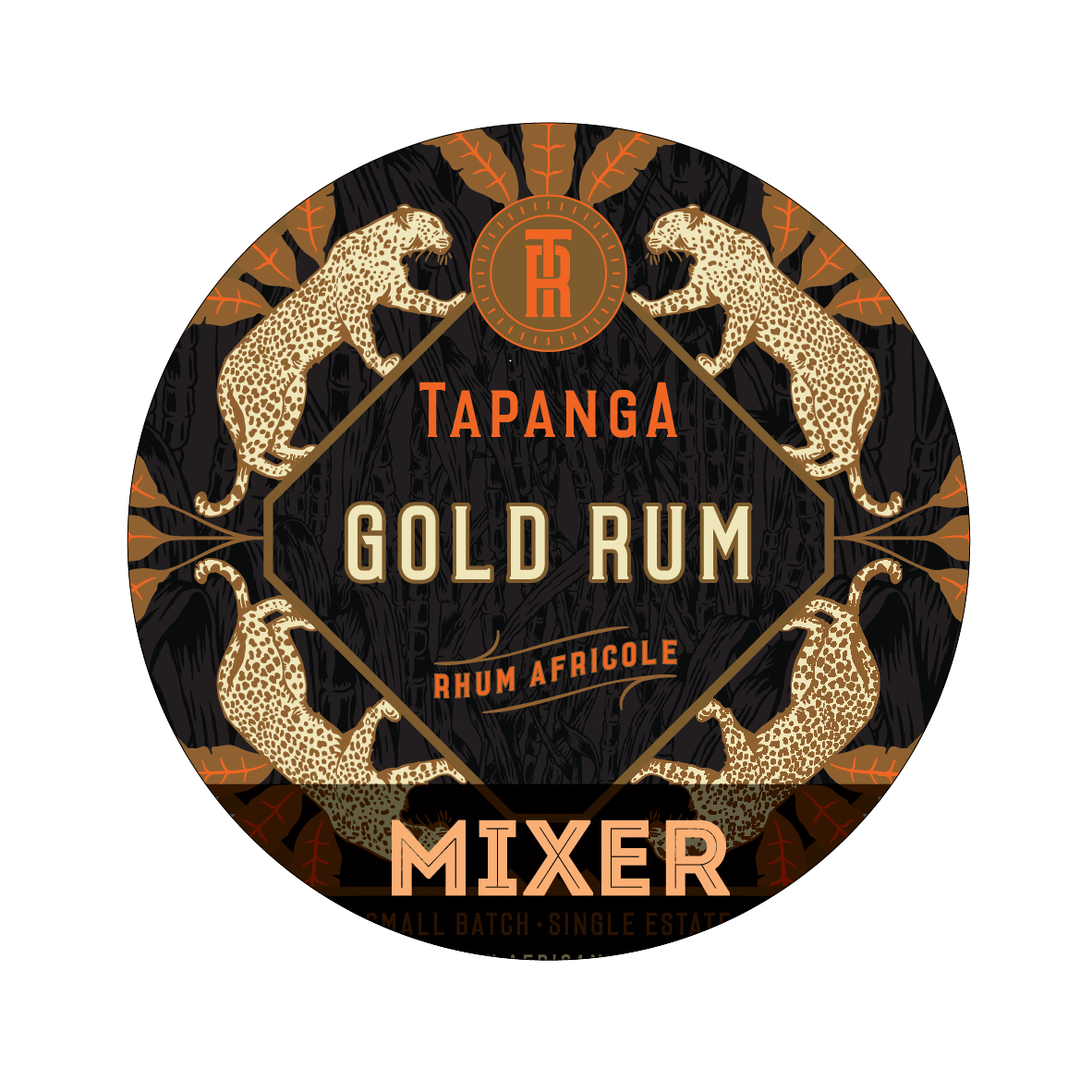 Tapanga Gold Mixer
Take Me There 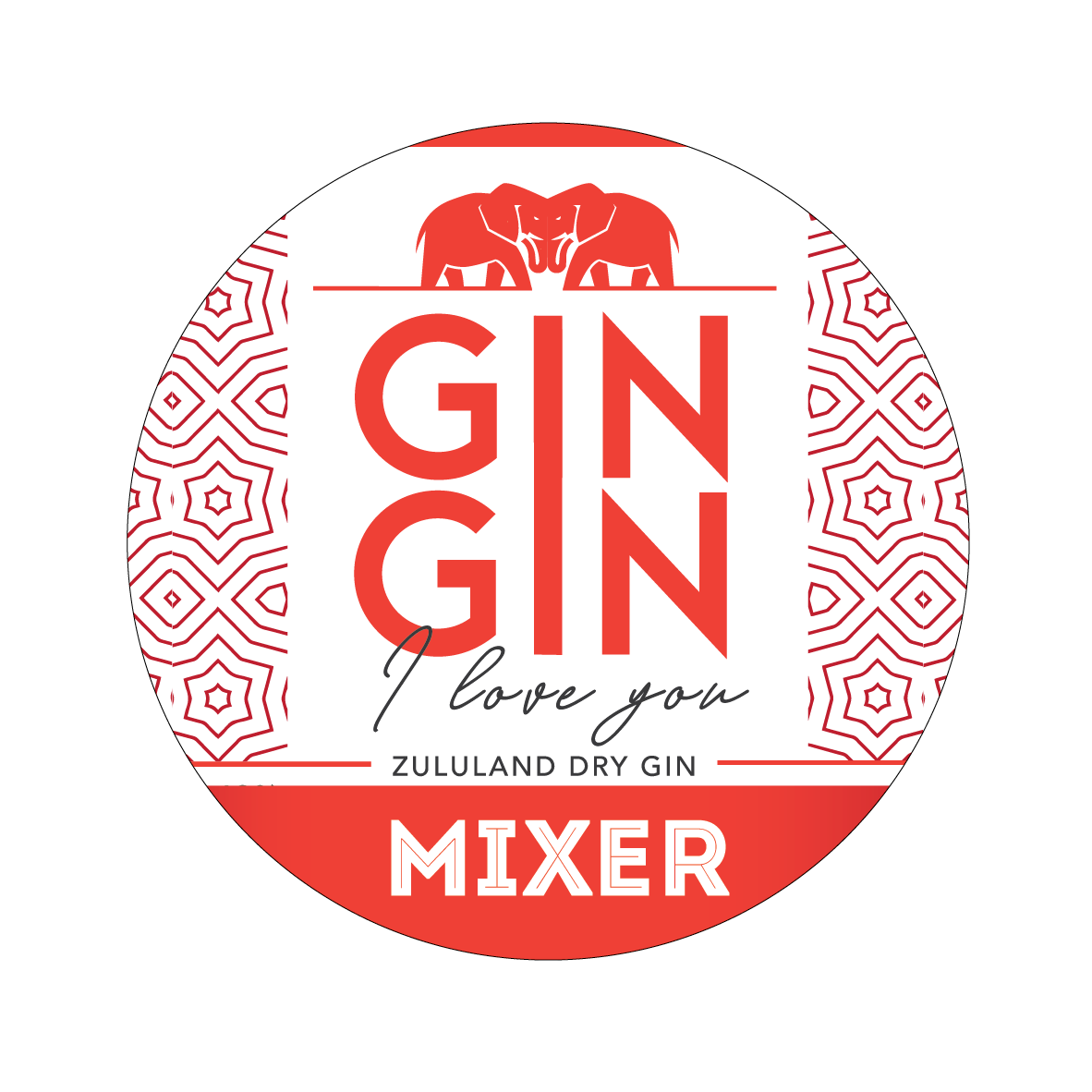 Gin Gin Mixer
Take Me There

Sign up today and stay up to date with all our news, events and special offers

Follow us on Instagram
Copyright The Zululand Brewing Company est. 1997
Back To Top
Welcome! We use cookies - Cookies tell us which parts of our websites you visited, help us measure the effectiveness of ads and web searches, and give us insights into user behaviour, so that we can improve our communications and products. Learn more about this in our cookie notice.
GIMME COOKIES
Manage consent

This website uses cookies to improve your experience while you navigate through the website. Out of these, the cookies that are categorized as necessary are stored on your browser as they are essential for the working of basic functionalities of the website. We also use third-party cookies that help us analyze and understand how you use this website. These cookies will be stored in your browser only with your consent. You also have the option to opt-out of these cookies. But opting out of some of these cookies may affect your browsing experience.
Necessary Always Enabled
Necessary cookies are absolutely essential for the website to function properly. These cookies ensure basic functionalities and security features of the website, anonymously.
Functional
Functional cookies help to perform certain functionalities like sharing the content of the website on social media platforms, collect feedbacks, and other third-party features.
Performance
Performance cookies are used to understand and analyze the key performance indexes of the website which helps in delivering a better user experience for the visitors.
Analytics
Analytical cookies are used to understand how visitors interact with the website. These cookies help provide information on metrics the number of visitors, bounce rate, traffic source, etc.
Advertisement
Advertisement cookies are used to provide visitors with relevant ads and marketing campaigns. These cookies track visitors across websites and collect information to provide customized ads.
Others
Other uncategorized cookies are those that are being analyzed and have not been classified into a category as yet.
SAVE & ACCEPT